In a sense, there isn’t much to report from my two classical performances over the weekend that isn’t the same as what I wrote about last week’s lunchtime recital. I was playing most of the same material (plus, on Saturday, two movements of a charmingly galant-styled trio by JS Bach’s only composer grandson – see photo) to a not dissimilar demographic of audience, and with I think a similar response. 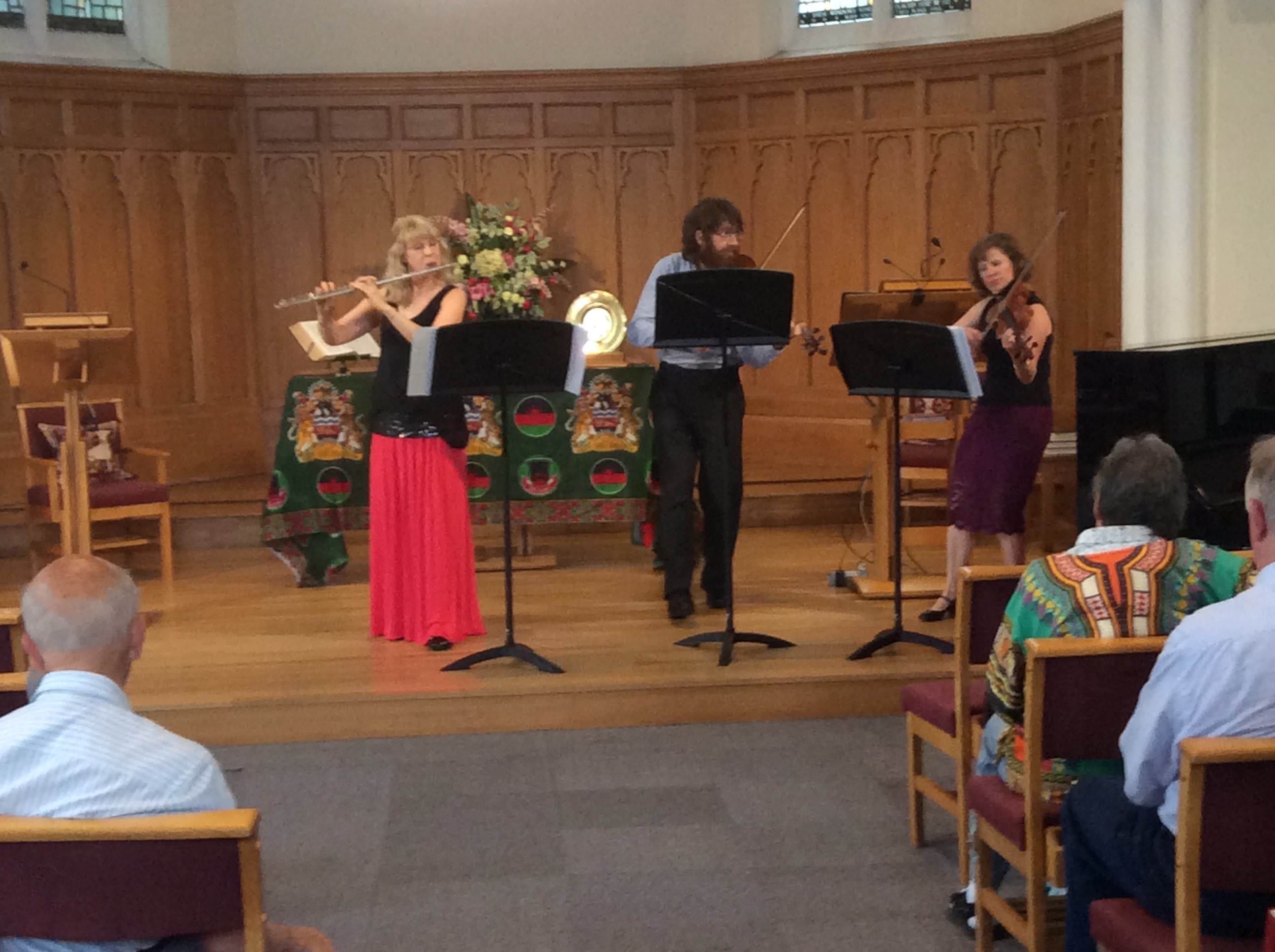 What does this have to do with the post title? Well, in general my instinctive approach is one that suits some customers better than others. Listeners, or rather listener-watchers, who aren’t particularly classical purist aficionados, tend to respond well to me directing my energy to engaging performance, even at times at the expense of strict technique (though my technical accuracy is certainly getting better all the time, particularly every time I perform these pieces for real with piano and audience). Slips are literally overlooked if the overall experience is compelling. At least that is the feedback and the impression. This approach may even succeed in turning people from an audience of student violinists and violists and their families on to the viola as a solo instrument (!) – so reports my teacher on what was said to her anyway.

But what works to convey the accessibility, the humanity, interest and expressiveness of sometimes perceivedly ‘difficult’ music (certainly the two modernist pieces I’ve been performing lately) to relatively unaccustomed audiences may not make a favourable impression on Trinity’s examiner, surely from my point of view the ultimate classical specialist audience and likely to be too busy making notes and following copies of the music to even look up at what I’m doing 90% of the time. The battle to convert extroversion into precision and gesture into sound is still on, but it is temporarily the only game I’m playing as a violist. Winning over audiences can come back to the fore in ten days.

« Dancing in the aisles
Visual music »