Some new additions to the musical household lately: 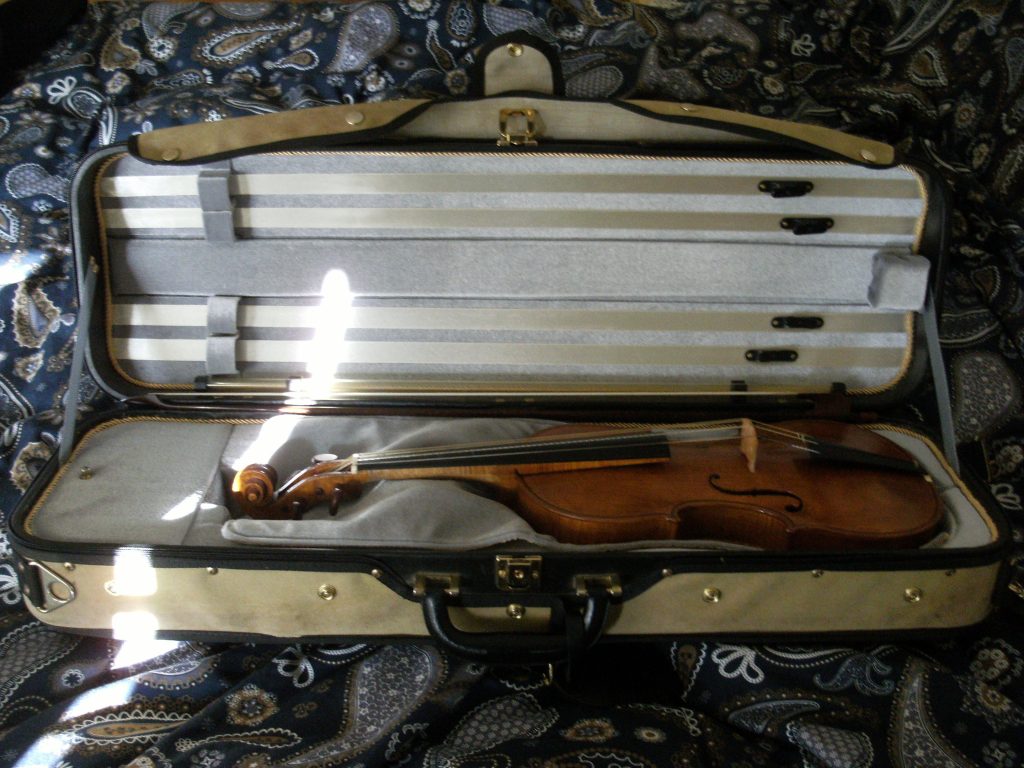 Sadly I don’t get to keep this one. 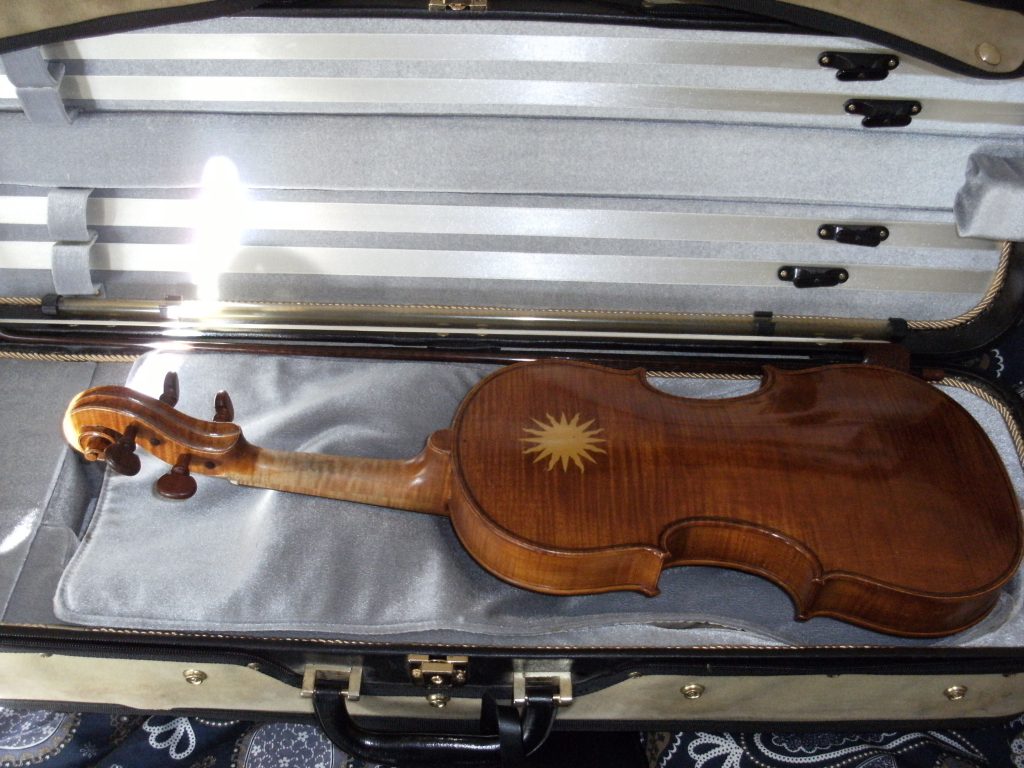 Well, sadly in terms of it’s a beautiful instrument that I’m enjoying playing. Less so in terms of paying for it would cut well into the savings I’m supposed to be keeping for a future flat deposit, so maybe not sadly really.

Reproduction Baroque violin by Marc Soubé and Baroque bow, on loan from Bridgewood and Neitzert – so that I can play them on the début album by La Folie, which we’re recording Sunday and Monday. Very exciting!

This one I am keeping:

No, not a new instrument, hence why it’s closed, just a new case. But after something like 2 years of lugging around my old viola case by bungee cords since it parted company with its handle and strap attachments, one that I can carry on my shoulders (and is light enough to do so for long periods comfortably) is almost as exciting as a new instrument frankly. It’s the little things in life. Big thanks to Jo Cocklin of Allegro Music in Chelmsford for getting me a good deal on this – highly recommended for all your musical needs.

No, surprisingly enough, this is not a Filthy Spectacula gig (though we are playing a private party this Saturday). Tuesday 31 October (in case you forgot when Halloween is) sees my début with the Winter Quartet on viola, injecting an extra chill into the beautiful but morbid setting of Abney Park Cemetery (home to the mouldering bones of pretty much everyone from Keats to Yeats to Amy Winehouse, one gathers). Think less songs about Victorian serial killers, more Danse Macabre, Night on a Bare Mountain and In the Hall of the Mountain King. Mmm, and some less obvious string quartet repertoire choices which I won’t give away.

Tickets have just gone on sale here and include free hot drinks against the physical chills (the Victorians weren’t big on heating in cemetery chapels – make sure your preferred Gothic / Dia de Muertos regalia is better suited to English winter than Mexican one); but we make no guarantees against the ectoplasmic ones.

When is a music career move not a musical decision?

When it concerns expenses and practicalities rather than actual playing, of course.

It’s become increasingly apparent over the last few months that being a professional musician without driving, always an uphill struggle, is in fact downright impractical and already holding me back. As well as tending to increase my expenses and therefore the amount of non-music work I need to keep doing to make the books balance overall. Too much public transport doesn’t run late enough at night to get back from evening performances; too many recordings (churches are popular, for reasons of acoustics and expense) and gigs (all the village pubs, and the country house weddings) are in out-of-the-way locations with no public transport whatsoever; too much of my work is still, and will probably still be, well outside London. Train tickets are expensive, coaches slow, infrequent and with very patchy geographical coverage.

So then, bite the bullet, renew my provisional licence, do an intensive course so I can’t be disadvantaged by lack of local drivers I can ask to practise with, and pass the test. This time.

Which I’m in the process of doing. But it isn’t as straightforward as that unfortunately. When I got my provisional (and, er, failed the test a couple of times), I didn’t have type 1 diabetes. The DVLA are, understandably, rather concerned about the possibility of diabetics having hypos behind the wheel (chiefly; one can argue there are other aspects they should be concerned about, but the paperwork doesn’t align with the belief), and so the current stage is that I’ve just sent a six-page medical / consent / declaration form back to them, in hopes they will shortly approve my provisional licence renewal and I can get on with actually getting legal to drive by myself. The fact that the DVLA’s freepost address has been cancelled (presumably a budget cut) and I have to stamp everything I send them, including my old licence to prove I’m not keeping it, is a minor inconvenience compared to the worry I may be prevented from ever driving out of hand. Here’s hoping …

Lots of music learning going on round here at the moment. Besides spending Sunday workshopping the Rite of Spring (because, you know, now I can say I’ve played it. If I’d been able to say that a month earlier I might have got that nicely-paid job playing it for an orchestra outreach event … ) and the Mahler performed the day before. To give you a flavour, this is what’s currently haunting the music stand:

Waiting to be printed:

Meanwhile looking beyond written parts, The Filthy Spectacula refresh our memories after an end-of-summer breather, to play a private party next week, followed by public London gigs in November, January and February and looking more closely at the long-hypothetical second album. Elaine is Down Under all this month, but Kindred Spirit have not one, not two, but three November gig dates to make up for it.

And I’m booked for a funding pitch in November (mostly my own transcriptions so I’d better learn the parts thoroughly!), a chamber orchestra new music recording session in early December, and so it goes on. No one ever stopped learning and remained active as a musician, right?