Last week saw me rehearse in London Tuesday to Friday evenings, the last two required to be on site for 5 hours straight, while (thanks to running out of holiday) also doing 4 hours a day at a desk (plus lunch break) in Oxford Monday through to Friday. I’m still feeling the effects now, though there wasn’t exactly a let-up come the weekend.

However, only exceptional rehearsals get blog posts, especially when I’m this tired. So performance wise I’ve come to last Saturday, 10 December. When I managed to fit in two gigs, not something most professional musicians manage unless they’re playing cruise ships. Otherwise, the sets tend to be too long, the setup and packdown time similarly, and too many of the performance opportunities in the same time slots (Friday and Saturday nights, basically).

The first slot this day was a wedding, a local job in an Oxford hotel (close enough to bike to, which makes a change from incurring coach or train fares). The party had opted for chamber strings in the earlier part of the day, covering arrival of guests at the venue, guests moving into a separate room for the (civic) ceremony, the signing of the register and the drinks reception separating the ceremony from the main meal.

So far, so standard; and similarly for the fact that mostly we were left free choice over repertoire, with a few requested / suggested classical ‘lollipops’ and pop songs. (I can confirm a slightly ‘slushy’ taste on the couple’s part: Coldplay, Air on the G String, Pachelbel; they suggested but, for reasons which will become clear, we didn’t attempt the Barber Adagio and Nimrod.)

The distinctive feature being that, faced with the price of wedding musicians, this client had backed away from the usual quartet and booked just a duo of strings, myself and long-term collaborator (mostly in the String Project) Ben Mowat. Now there is a fairly substantial upper string duo repertoire, particularly from the Classical (sensu strictu) era, much of it quite easy on the players and the ear, and we filled up the non-requests part of the time with Messrs. Mozart, Mazas and others, Petrucci coming into its own for supplying parts and me swapping between violin and viola to support Ben’s violin as occasion demanded.

Classical requests were lightly rearranged or rejected depending on suitability, but the pop song side of things required a little more ingenuity. Having sight of overall harmonic structure is generally more important than a fixed set of notes for accompanying pop tunes in a hurry, except for the odd lick so characteristic that its absence from the backing would be felt. So while Ben used MIDI transcriptions and lead parts of published arrangements to get playable prompts of melodies, I would like to claim a Guinness world first of the rhythm viola part as my response to this situation: 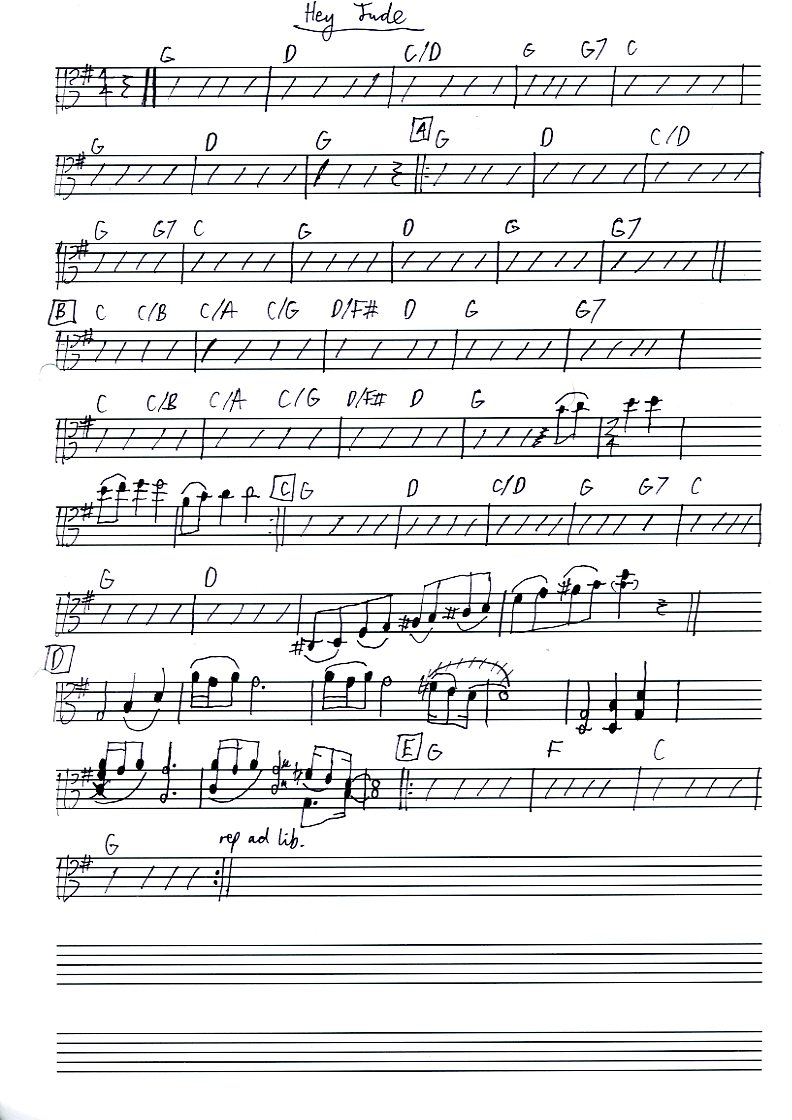 Of course I did fine with that as a ‘part’ and one run-through. I don’t know why you even need to ask. No, genuinely it was fine, and I think any problems over the day can be attributed to the ability of a large crowd of people in small, low-ceilinged rooms to make it literally difficult to hear the acoustic string player next to you clearly over your own playing – something which surprised even me! 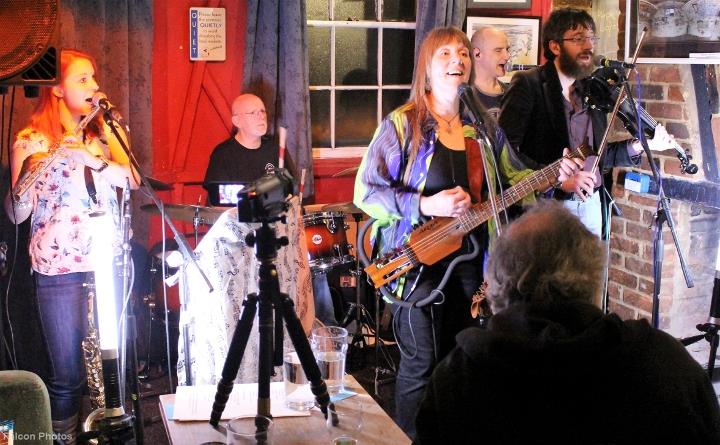 I had a few hours off, amazingly, between finishing this (and getting soaked in the downpour that had emerged from drizzle since I left the house) and heading to High Wycombe for almost the last gig of the year with Kindred Spirit. This was at the Belle Vue, a nice pub-venue with an excellent draught ale policy and a generally appreciative clientele but, as you can see, ‘cozy’ in every sense of the word. Despite the difficulties of where to put an IEM pack without a coat pocket, 2 45-minute sets, a couple of encores and some broadly successful experimentation getting overdrive ‘lead guitar’ sounds out of a slightly temperamental multi-effects pedal involved shedding not just the velvet jacket but some fairly copious quantities of perspiration: 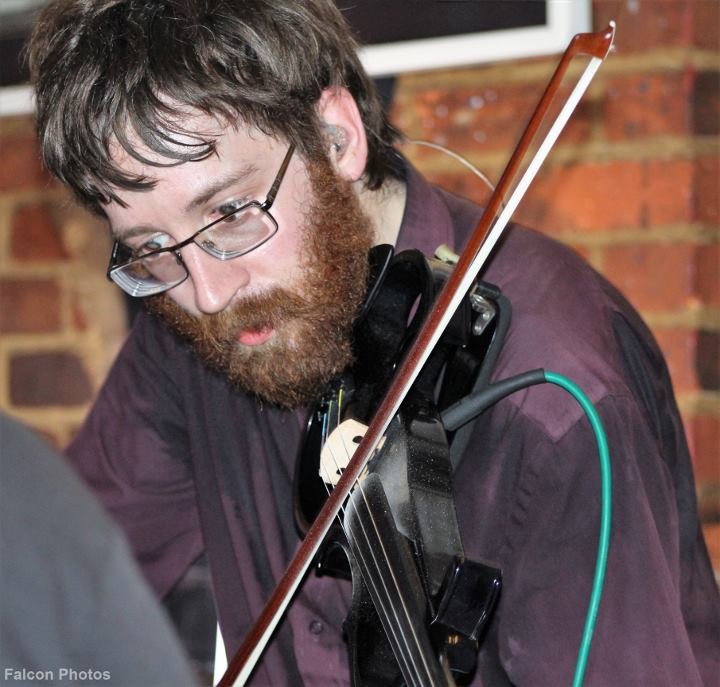 Well, I guess I needed some way of working off the pizza supplied as dinner in those 5-hour rehearsals without having time for a gym membership! The effort was well rewarded by the audience response though – and we’re already booked for a return next year.

That’s the last of the full Kindred Spirit band till February 2017, though Elaine and I are playing in the new year in the outer vicinity of Oxford – my actual last gig of the year!

That was Saturday. Read on whenever I next have time, access to a computer and energy to write to find out what I got up to on Sunday (hint: it wasn’t a lie in and a PJ day).