It has been quite some week for music-making (not least in terms of sheer hours spent on it). As always when I’m very busy playing, I’m rather behind blogging. So let me go back 10 days to Saturday 3 December, and catch up from there. 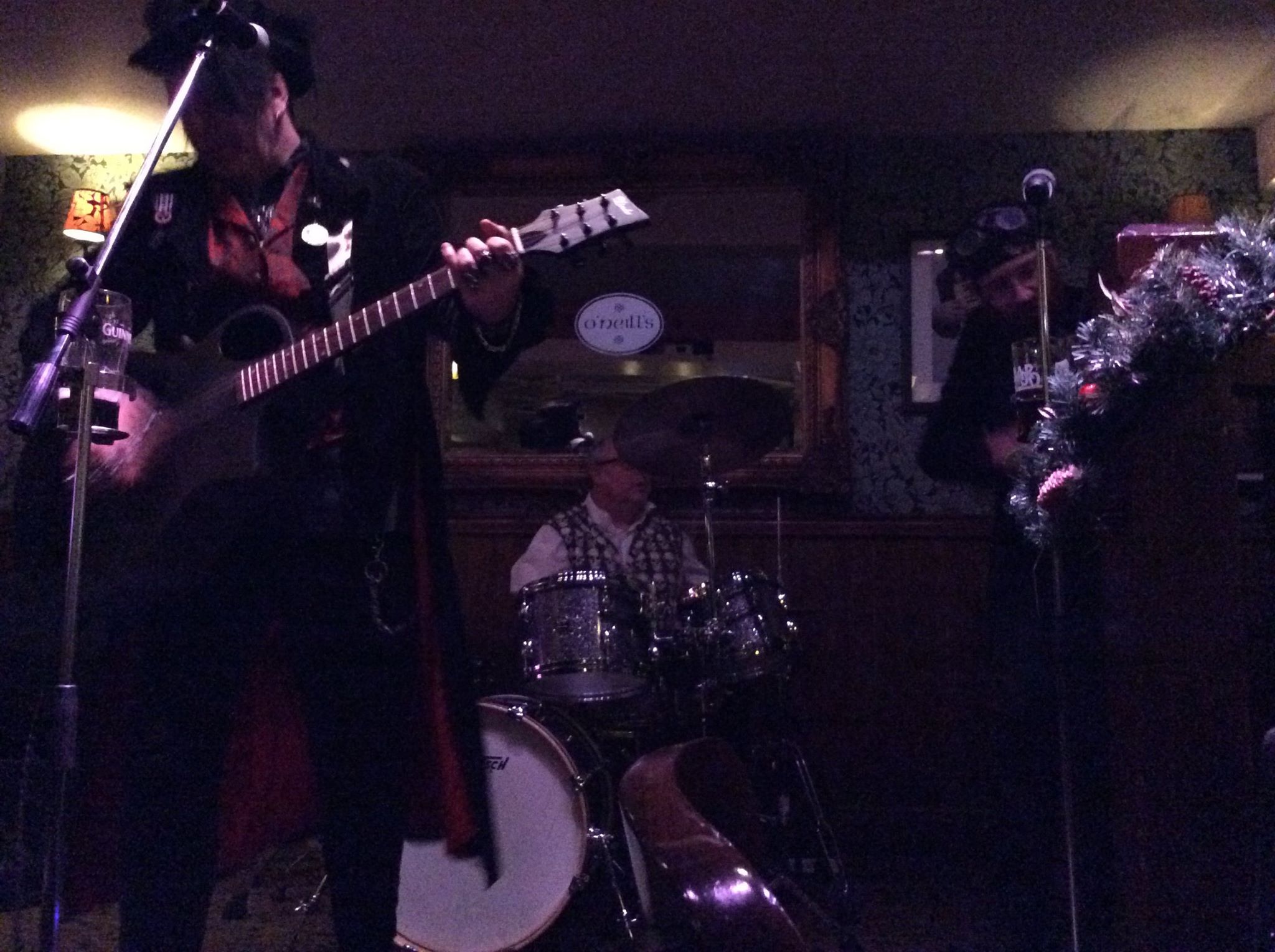 The Filthy Spectacula played out 2016 in our schedule at the Northampton branch of O’Neill’s. Yes, that O’Neill’s. The Irish pub chain. If you’re a little wrong-footed by the booking, so were we. Frontman Mr E unsurprisingly asked the manager who had booked us (while he was setting up the PA) ‘So what sort of bands do you normally have here?’ He unsurprisingly answered ‘Oh, mostly covers bands, folk-rock, that sort of thing, you know.’ It would have been logical to ask ‘So why did you book us?’ – but I’m afraid we didn’t.

The answer might be to do with educating the clientele in the mysterious subgenre of rock called ‘Other / Unclassifiable’ which lurks threateningly down the bottom of alphabetical drop-down lists. Judging by the staff’s behaviour, I think it’s more likely the answer would have been along the lines of ‘Because we can … and because if we hear Whiskey on the Jar one more time when we’re on shift, never mind Hotel California, it’s going to be their funeral and our trial.’

The bloke who asked, also while we were setting up, if we knew any Christy Moore was presumably rather disappointed. The glass of Guiness prominently visible in the photo probably constituted our biggest concession to the surroundings of the night. However, most of the crowd seemed very much the reverse of disappointed. I treasure two testimonials from this gig. One the woman of central European origin who said we were the best entertainment she’d seen in Northampton in 5 years and wanted to get us booked in a bigger venue up the other road. The other a bloke looking about as little alternative as it’s practically possible to be, who shook my hand and said he mostly listened to drum and bass but he absolutely loved what we did and the way we put on a show.

You’re never going to get a packed house of adoring fans playing essentially a function type set in a chain pub in Northampton. But I’ve played to emptier and less appreciative rooms, and we probably could have broken even on the albums, T-shirts and badges bought by the bar staff alone (one of whom was very interested in trying to buy the case our merch is sold out of too … ).

Just, for the love of God, nobody infect the Dreadful Helmsman with novovirus on the day of a gig again. Filthy Spectacula gigs with no bass are seriously tough!

One thought on “Not as Irish as you might think”