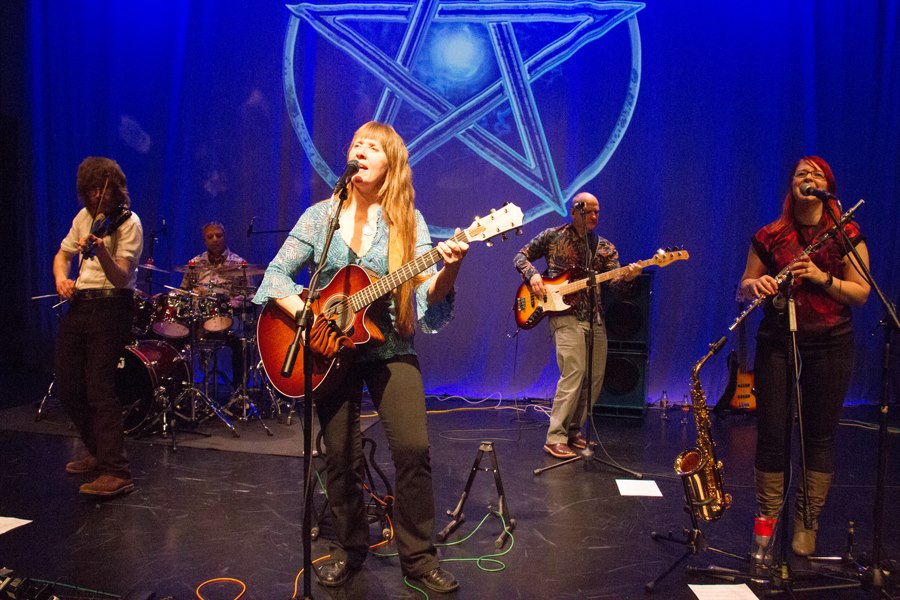 Or rather, I should really say the gamble was taken several weeks earlier, when we took a booking at the theatre space in Twickenham’s still quite new Exchange arts / education / community space. It was the first time they had booked a local live band; there was no promoter as such and we were doing it as the only act on the bill, so we knew it was largely down to us to bring a crowd; it is a seated venue as well as being only a few months old and so perhaps not the natural setting for a rock band, certainly not somewhere anyone will wander to by chance.

I think it’s safe to say the gamble paid off. Thanks largely to Elaine and family’s sterling efforts online, in person and through the older-fashioned method of posting something like 1500 flyers through letterboxes (though it should be noted I actually had friends at this gig – a rare high point! Thanks Aga and fiancé for making the trek out to Twickenham), we had enough of a crowd to make the 300 ranked seats feel adequately filled, to comfortably exceed the tipping point from what we had asked the venue to underwrite as a fee to where splitting the ticket take made us both more money anyway, and for venue staff to say it was the best-attended show they’d yet had.

It was an audience with a lot of friends in the band too, of course. This meant an attentive response and an appreciative one, even if inevitable seated audiences are a little less rock-n-roll than ones stood on the floor and so at liberty to dance whenever they feel so inclined. As you can see above, we made use of the opportunity to have some fairly spectacular projected backdrops, particularly this one for (of course) ‘Dragonfire’: 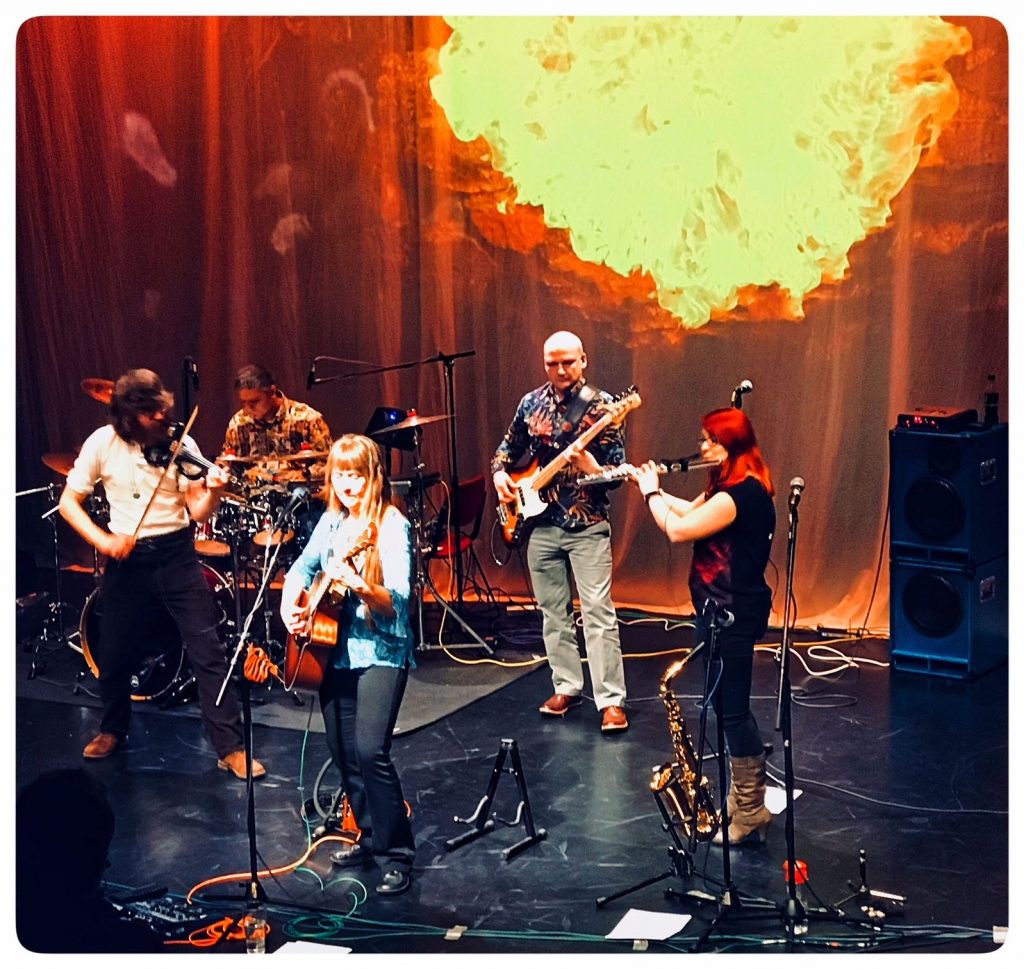 And just because the audience were sat down and I couldn’t jump off the stage (it’s a studio theatre-type layout with the audience ranked upwards back from a level-fronted stage space) didn’t mean I was compromising the energy and irreverence now expected to surface during my rock band performances; I’m pretty sure this is from either ‘The Hunger’ in the first half or ‘Feed the Fire’ in the second:

Not only did this gig constitute, as mentioned above, a rare instance of a music colleague / friend showing up to see me doing something different from where she (on this occasion) first met me – and saying some very gratifying things about my performance and the band’s work as a whole! – it also produced my nearest experience yet to being famous, when on Sunday afternoon I was walking pretty much past the venue (it’s between home and the centre of Twickenham!) and was congratulated on the gig by a passing woman I completely did not recognise (in fairness, theatre lights in our eyes meant we couldn’t really see anything of the crowd beyond the front row … ). I guess the next step is intrusive photography and viral rumours about my personal life!