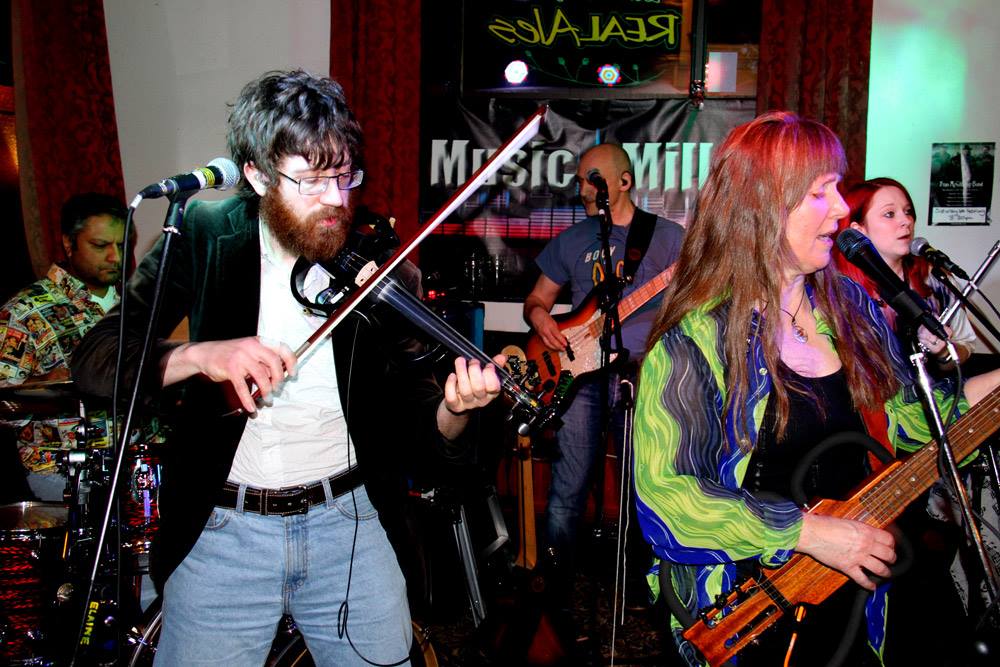 So gigging year 2017 finally gets under way! I say finally, but to be honest getting any gigs in January, even the last Saturday, is more than many bands hope to achieve, so no real grounds for complaint.

The Music Mill in Plumstead has hosted the Filthy Spectacula twice and earned extensive description in these pages, which I shan’t repeat now. This was the first time I’d persuaded them to book Kindred Spirit on the strength of the connection though (and, by the same token, the first time I’d persuaded the band to accept the booking!). I can confidently say all our gambles paid off.

January’s fabled tendency to no cash, righteous resolutions, miserable weather and miserable behaviour didn’t prevent the Mill having almost as full and equally as appreciative a crowd as usual for another, to them, unknown quantity.

There might not have been all that much new about our set to a KS regular, though it’s hitherto been unusual for us to play a full evening by ourselves with such a high proportion of original material (something that is changing this year, looking ahead). However, with that line-up, Elaine’s generally extended-form songs, the highlighted improvised solos and duets and lots of other touches that have led to us adopting the ‘prog’ label, our business as usual is generally a crowd’s journey of discovery. Luckily they like something new and something off the beaten track at the Mill!

We did also have a new face, in now-inducted ongoing dep drummer Aleem Saleh, doing a great job on his first Kindred Spirit gig – and keeping me pushed towards the audience with the seven cymbals plus tambourine of what is apparently his smallest normal gigging kit (the full rig runs to five toms rather than three, just for starters … ).

I was also going wireless for the first time with an audience, and in somewhere like the Mill with no actual stage edge, a smallish venue and a crowd that I know appreciate a certain amount (all right, almost any amount) of putting on a show this was a gift for finding extra space, dancing in other people’s solos (or my own), touring the crowd and converging for a close-up on the people filming parts of the set on their phones …

All in all a good night for all parties. We’ll be back, though there’s such a long queue of acts wanting to play the Mill that it won’t be until the summer at least. I’ll be back a lot sooner, as the Filthy Spectacula play there on the 18th of February. Though we have Diskollective‘s freak-out oriented Funeral Party in north London to launch our gigging year the previous weekend, on the 10th. Kindred Spirit are back in action on the 24th in Weybridge. It’s all picking up speed again, so catch you soon!