In case you hadn’t noticed, it’s been a particularly busy summer for the Filthy Spectacula, and we’ve spent a lot of it (though very far from all) at steampunk conventions. 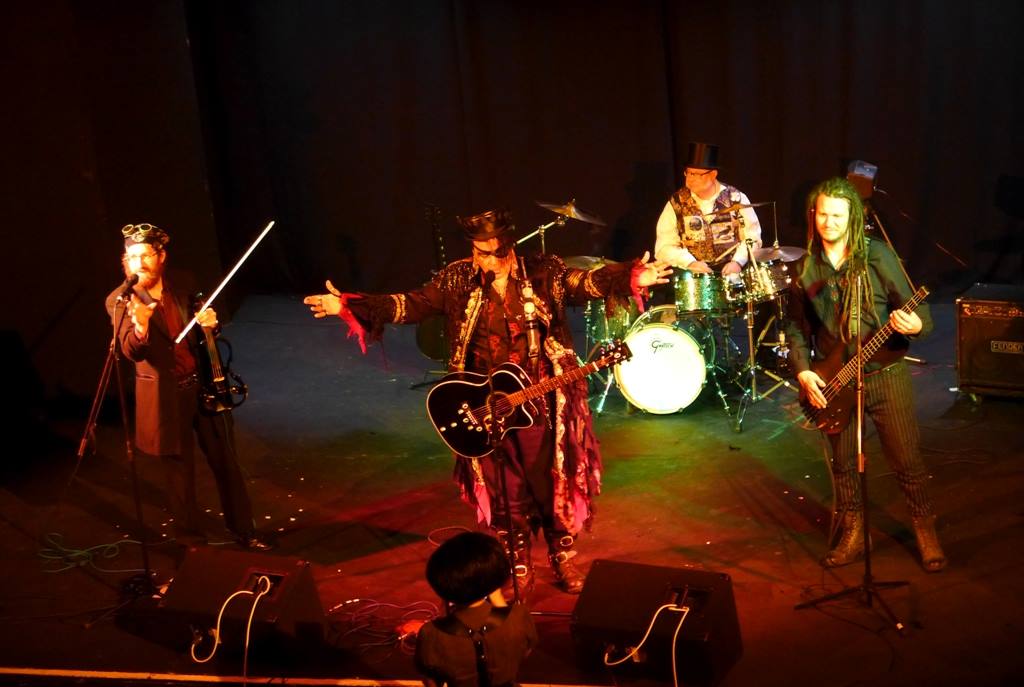 Saturday’s wasn’t just new to us but a new event full stop: Steaminster, in the Wiltshire market town of Warminster. Previously, Warminster was only known to me from a classical freelance job playing a choral-orchestral concert in December. In the minster it was; warm it was not.

The major non-ecclesiastical performance venue of the town is a renovated Victorian music hall – a fitting space at least! And we had a great set of acts to follow on from (yes, we were headlining again, dahling; I mean really what did you expect?). I wouldn’t usually be too keen on sharing photos of other performers, but these are excellent and have been approved elsewhere by the acts in question, so take a look at Miss von Trapp and her electric cello – sorry, customised crossbow: 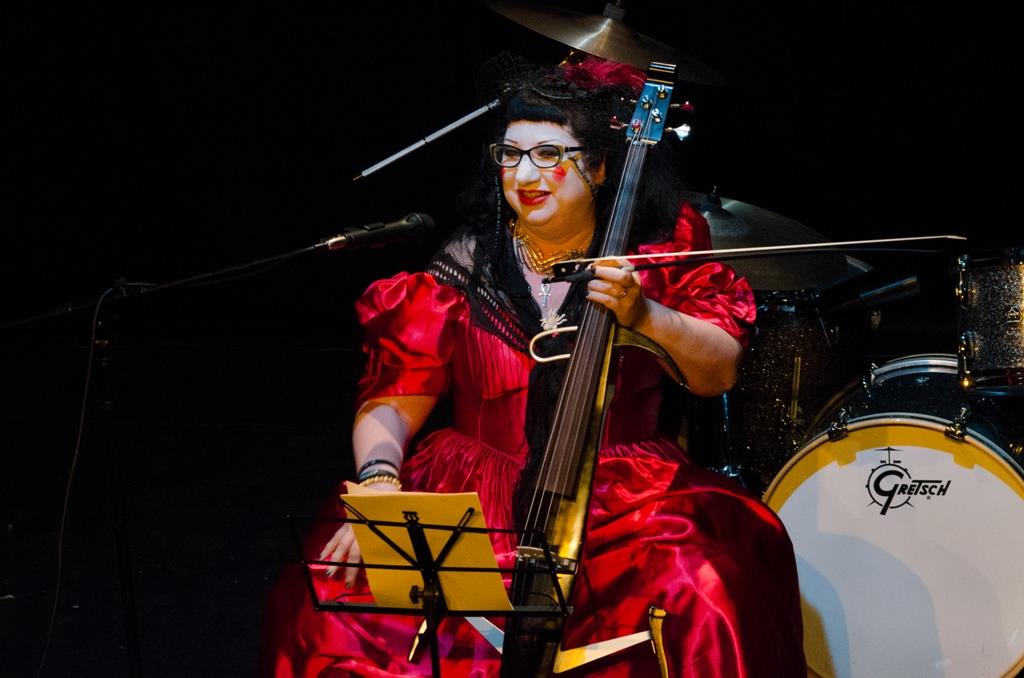 I wouldn’t have dared not to sing along with her, even a repertoire of bloodthirsty reworkings of Victorian music hall ditties and the odd formerly-sentimental standard. Next up in musical running were the Wattingers, who seemingly never stood close enough together for anyone to get a photo with them both in: 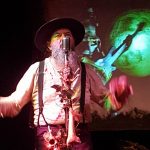 The adjective ‘dirty’ is used too often in describing electric blues bands to have much meaning, but this harmonica and fuzz bass-fuelled high-concept supposed family band from Arkansas really did make even Howlin’ Wolf sound clean-cut (even when covering Howlin’ Wolf, alongside originals, a chain gang holler and a genuine spiritual chant collected by Alan Lomax). Spine-tingling stuff.

I would include photos of burlesque duo The Fanfare Follies here, who did sets between bands, but, well, my girlfriend reads this blog and so do my family sometimes. Well done ladies!

Our biggest fear was this was the first time we’d played to a genuinely seated audience. Would we be able to get them to engage? Would they stand up? Would they dance? We needn’t have worried. We can now say we’ve literally had ’em dancing in the aisles (well, there wasn’t much space anywhere else … a few came right down the front for the last number!).

Steaminster, your organisers may have been nervous but we had a great time. Glad to say we’ll be back for next year – get 2 September 2017 in your diaries now!

That almost concludes the run of summer events for both my bands. The Filthy Spectacula are returning to more permanent venues this weekend, with a trip northwards to Birmingham to play at Cogs Bar on Saturday, followed by more music video shooting and some actual rehearsals. I’ve got the first Kindred Spirit duo gig in what feels like forever on Friday, at familiar haunt the Hope in Richmond. Watch out for new pedal effects! The full band lineup will be staying active through the autumn too. See you somewhere soon …

« Meet the new Boss
Gearing up, gearing down »