This weekend’s gigs see a turn aside from my personal beaten track in terms of the material, and styles, on offer.

Elaine and I have been brushing up our folk chops for a folk-oriented Kindred Spirit duo gig on Friday, with Irish ballads, folky originals and a selection of classic folk-rock covers (hello Lindisfarne, Joni Mitchell and Fairport) in the set list.

On Sunday, there’s this: 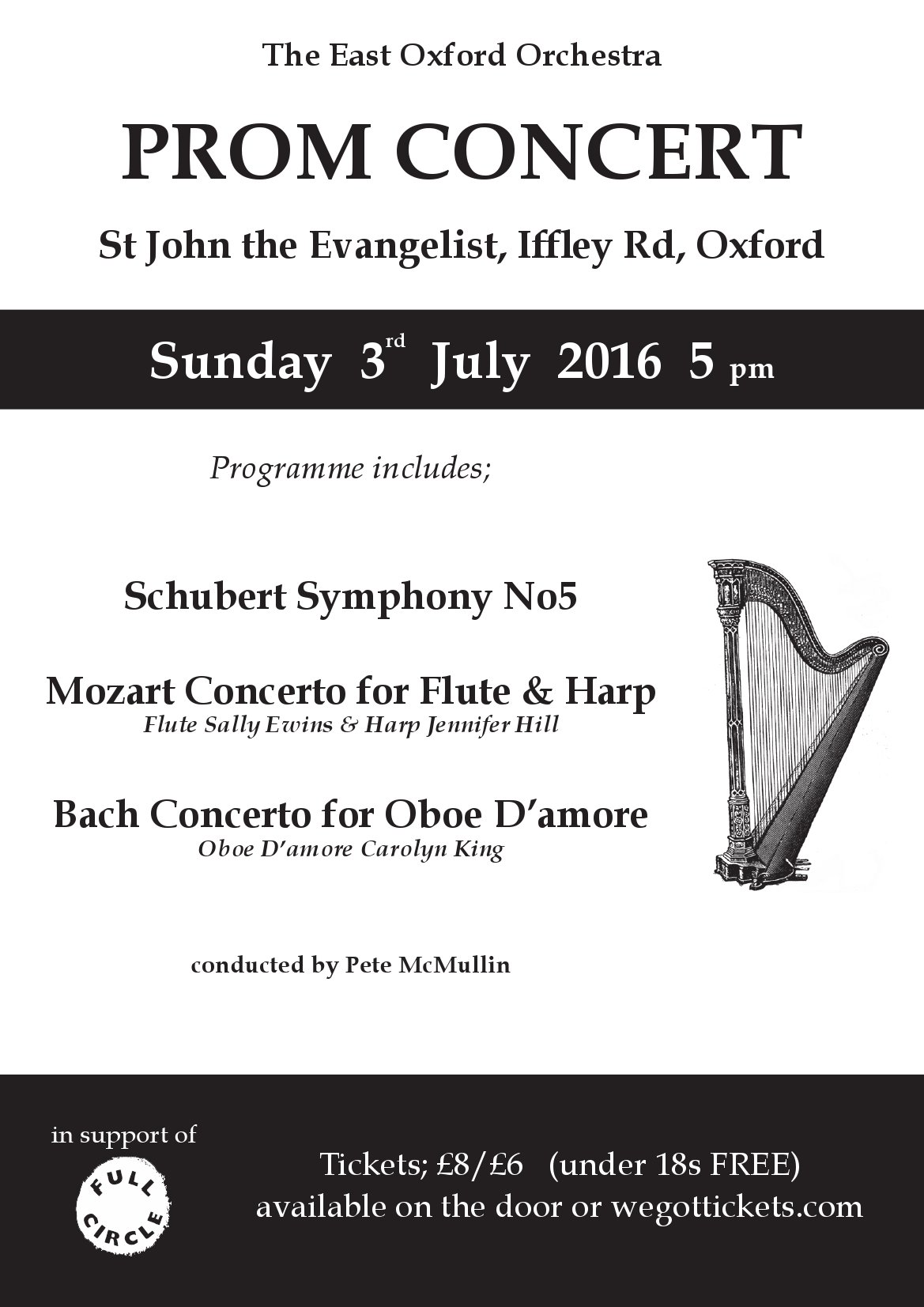 Remember that classical string player thing I used to do? Yeah it’s not dead yet … a really lovely programme and great to do it with an appropriately (small)-sized orchestra, in one of Oxford’s best recently-emerging concert spaces (SJE has been there for decades if not centuries obviously, but has only fairly newly become available and appreciated as a performance venue rather than purely a place of worship).

On the 9th and 10th, it’s back to the usual drivers of genre-eclecticism in my music-making, with two String Project (‘classical-trip-hop mash-up’, with instrumental and vocal originals and covers passing through British trad, swing, reggae and neo-soul rendered rather less neo) sets on successive afternoons sandwiching a Filthy Spectacula (‘ska-punk-steampunk-goth-dark cabaret-gypsy-pirate-dark folk-did I miss anything?’) appearance. But more on that later.

« Indefinite Leave to Remain
Holding onto my hats »